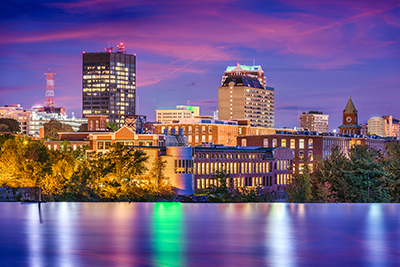 New Hampshire’s most populated city, Manchester, has rapidly grown in popularity in recent years. A city with a rich history dating back to the early settlers, this old mill town has blossomed into a developed and urban hot spot. This up and coming modern city has built its unique history right into it - preserving the old mill buildings and showcasing the city’s past in multiple museums such as the Manchester Millyard Museum.

Manchester, like any large city in any state, you can expect the cost of living to be a bit more than the national average. If you’re thinking of making the move to the city, keep reading to ensure you’re making an informed and the right decision for you. Below you will find a breakdown of the average cost of living for Manchester, NH.

Living in Manchester, NH is like living in any city, the closer you are to the main city center, the more expensive it’s going to be. With that said, these numbers are averages of the entire city as whole - meaning you may find properties for a higher amount or lower, depending on where your search leads you. The median home price in Manchester is currently $239,500 which is actually lower than the state’s median home price of $272,000.

The median household income for residents of Manchester, NH is $54,899 while the national household income lies just a little more at $60,336. However, if you’re an out-of-stater, New Hampshire doesn’t have an income tax which means your paychecks are putting more in your pocket. 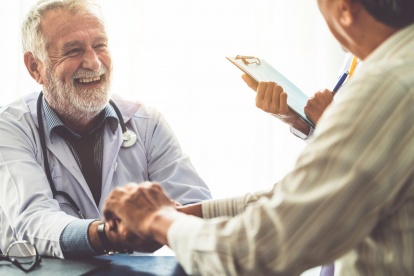 the 50 states for quality of healthcare. So when considering the cost of living in Manchester, healthcare being slightly higher than the national average seems to not phase most when they know they’re getting top notch care. With multiple hospitals and health offices in and around the Manchester area, it’s a very accessible amenity.

The cool thing about living in the heart of Manchester is the walkability this city offers. When living or working on Elm Street, Manchester’s most active downtown area, there are a number of amenities within walking distance. For example, this strip offers multiple restaurants, bars, museums, and shopping. Walking, biking, and skating are great alternatives to driving and saves you in gas costs. However, if walking isn’t an option, gas prices in Manchester, NH currently average around $2.15 per gallon.

To sum up, the cost of living in Manchester, NH is a little above the national average, however living in New Hampshire gives you other financial benefits, such as no income tax, as stated earlier, and no sales tax. So while the rest of the country is paying a certain percentage over sticker price, New Hampshire residents pay exactly what is listed on the tag. So it’s easy to make up for a little higher expenditures on some things when you’re paying less on others.

Manchester is a vibrant art filled community. If you’re interested in learning more about this area and what it has to offer, click here.

If you’re ready to make the big move to Manchester, get in touch with a Verani agent today, your trusted advisor in Manchester and New Hampshire. Or visit us online to see more Manchester NH real estate listings and properties in your dream location. Happy house hunting!

©2020 MLS Property Information Network, Inc; The information in this listing was gathered from third party resources including the seller and public records. MLS Property Information Network, Inc. and its subscribers disclaim any and all representations or warranties as to the accuracy of this information.
Copyright 2020 New England Real Estate Network, Inc. All rights reserved. This information is deemed reliable, but not guaranteed. The data relating to real estate displayed on this Site comes in part from the IDX Program of NEREN. The information being provided is for consumers’ personal, non-commercial use and may not be used for any purpose other than to identify prospective properties consumers may be interested in purchasing. Data last updated July 9, 2020.

Listing data is derived in whole or in part from the Maine IDX and is for consumers' personal, noncommercial use only. Dimensions are approximate and not guaranteed. All data should be independently verified. © 2020 Maine Real Estate Information System, Inc. All Rights Reserved