Spotlight City: We love Londonderry, NH homes, and you should, too 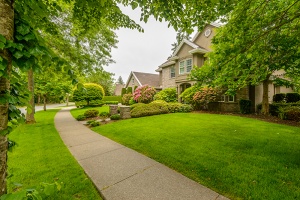 It is known for its apple orchards, an excellent school system, and proactive residents who are committed to preserving thousands of acres of open space and encouraging land use practices that promote a healthy suburban lifestyle. A bustling town just outside of New Hampshire’s largest city, Londonderry is a picturesque community right in the heart of what makes living in the Granite State so desirable. Still on the (quaint white picket) fence? Here are a few reasons (and some local lore) for why we love Londonderry, NH homes and the people who live in them.

You might be surprised to learn many well-known companies have headquarters or a significant footprint in Londonderry. Stonyfield Farm and Blue Seal Feeds are there; Coca-Cola’s major northern New England bottling facility is in the northern part of town; and Mack’s Apples, a family orchard and working farm, is a local treasure no matter which way you slice it. Along with favorite national brands, Londonderry may also be home to your new favorite microbrew – the town has several breweries and even a meadery – perfect for celebratory cheers after you find your new Londonderry, NH home.

Market trends show Londonderry’s average price per square foot over the past six months increased $48 (35%) and the median sales price over that same period rose from $286,700 to $325,000. Homes for sale in Londonderry are on the market for 87 days on average and buyers can expect to pay 98% of the seller’s asking price. With a good mixture of new construction and historic renovations, there’s something for every preference and price point.

The area is also seeing impressive growth, attracting nationally-renowned technology companies and homes for the workers who follow. A new, walkable downtown area with retail, housing, and office space is under development, slated to open in the next few years, adding another dimension to this already-walkable town.

We are such fans of Londonderry that we listed it on our own roster of best places to live in New Hampshire because of its location, growth trajectory, school system, and family-friendly amenities. Browse Londonderry NH homes for sale on verani.com/nh-real-estate/londonderry.

©2020 MLS Property Information Network, Inc; The information in this listing was gathered from third party resources including the seller and public records. MLS Property Information Network, Inc. and its subscribers disclaim any and all representations or warranties as to the accuracy of this information.  New England Real Estate Network, Inc. All rights reserved. This information is deemed reliable but not guaranteed. The data relating to real estate for sale on this web site comes in part from the IDX Program of NEREN. Subject to errors, omissions, prior sale, change or withdrawal without notice. Maine Real Estate Information System, Inc. All Rights Reserved. Listing data is derived in whole or in part from the Maine IDX and is for consumers' personal, non-commercial use only. Dimensions are approximate and not guaranteed. All data should be independently verified.